This post is here to help guide you through setting up doom eternal on Linux.

We will be using Glorious Eggroll’s version of proton which is very easy to install and update with an update script. You can manually install this if you don’t want to do the “easy way”.

By default, the default settings will still make it so you are unable to launch the game. I found using the following in steam launch options not only fixes the problems but makes it perform better and get you to the title screen faster.

If you still encounter issues install the AMDVLK package https://github.com/GPUOpen-Drivers/AMDVLK
Note: Nvidia card users can’t use this package and are currently having issues with Doom 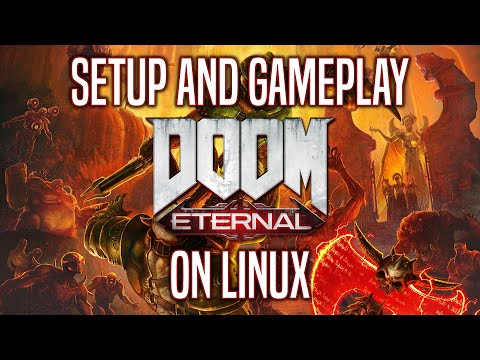 All testing was done with a Linux box using an AMD Radeon RX580. Refer to the video above for a look at the performance. I have noticed a lot of people online complaining that they are still having performance problems, but all of them seem to be nVidia users.
All these fixes should be merged in to the official version of proton in a couple months and you shouldn’t need to do any of this once this is done.

Have Fun and Game On!