In this article, I go over how to get rid of Orphaned Shadow Copies that do not get cleared out by issuing: vssadmin shadows delete /all

Steps to clear out all orphaned shadow copies 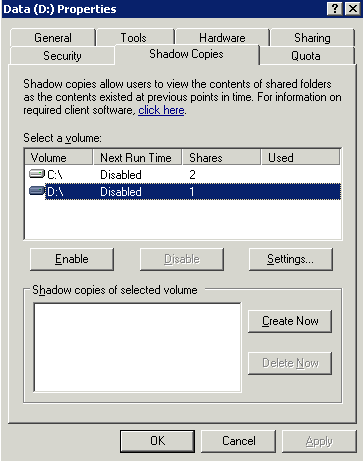 In conclusion, this issue has become less of an issue with the newer versions of Windows Server, but can still rear its ugly head from time to time. It’s important that you keep these pruned and functional, due to the fact a large number of shadow copies will bloat your server. This also can cause massive performance issues that will lock up a server. It is very important that you keep these manageable and functional for each server instance. In the day and age where virtualization has become so prevalent, you shouldn’t need many shadow copies.