Life without a Smart Phone

I recently switched to a Dumb Phone from the smart phone and many asked why? This is my breakdown of the entire experience and recommendations. This certainly won’t be for everyone, but for those that attempt it, I can promise that it will be extremely rewarding for those that have the willpower to do it.

Its been a week since I first switched to a dumb phone.
I'm never going back. Smart phones cost me way to much time! pic.twitter.com/aV4DEYKbM6

Why use a dumb phone?

Here are the benefits for using a dumb phone that I have found:

There is probably more, but these are the two massive things that has changed my life for the better. I can boil down these benefits to the fact I can’t check my email, look up a restaurant, google some fact, browse social media, and many other apps dinging or grabbing my attention. The greatest strength of the smart phone is it can do ANYTHING, but that can lead to massive decision fatigue and it personally made me FAR less productive.

My Journey and Downsides

I had no intention of using a dumb phone, but then after researching some privacy, and security phones I bought one that looked cool. Little did I know, the Punkt MP02 really was a dumb phone with an app for Signal, so it could be marketed as a “Security Phone”.

My first reaction was, “This phone SUCKS!”, but I needed to make a video about it, so I continued. Initially I was in shock without my smart phone:

Within an hour or two I was bored during tasks my smart phone would fill in. Having said that, I really didn’t even use my smart phone much. My digital wellbeing app clocked in at an average of 30 minute of usage a day. While many people are using their phones 3+ hours per day. The average in the world being 3 hours 15 minutes screen time per day and Americans spending 4 hours 16 minutes on mobile devices per day!

After I became bored and didn’t fill in every second, something magical happened. I actually had a cloud lift from me, and I started doing all the tasks I’d been putting off. I did more in that one day then I had in the PAST WEEK!

There are some recommendations and “cheating” I do when it comes to quality of life. But before I get in to that, I have to say, “You do not NEED your smartphone”. All these things are simply conveniences and if push came to shove, I’d rather lose these things than have them because of the benefits of a dumb phone.

This is a big one, but on my dumb phone there is WiFi tethering. My workaround is simply to use an all-in-one android car deck I installed last year that utilizes the WiFi.

Most of these are covered by using a computer and a webpage, however for those that do require a physical phone I can either use my old smartphone or get away with a android image off of https://www.osboxes.org/android-x86/ and load it up in Virtualbox or VMWare. Here is a walkthrough video I did on that:

This is one of the downsides, because most dumbphones can’t do MMS or groups messages. The Punkt MP02 doesn’t do group messages but can receive them independently and GIFs come in, but emoji’s do not. Depending on the phone, these things may or may NOT work. One workaround is to use Google Fi for your carrier and then https://messages.google.com 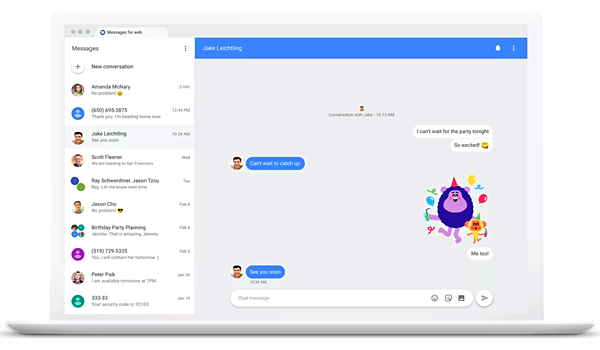 Use an actual camera and then upload them your storage. Like we did back in the day!

Will I Go Back?

I sincerely doubt it. If anything I might get a bit better dumb phone with a bit more options like music or even a good camera if that ever became an option. However, my well being is first and foremost and after I STOPPED lying to myself that I needed a smart phone. I haven’t felt this good in a very LONG time.

There is also a lot of folks that simply addicted and can’t quit their smartphone. Even though my usage was 30 minutes a day with minimal usage, I was addicted. They are designed that way. I was lying to myself when I said I’ll just delete my social media apps or this or that. In the end, when boredom hit, I always would pick up my phone because there was always SOMETHING it could do to fill the time.

In the end, most of the population simply can’t quit it and will remain addicted and working with it as a severe handicap on their life. This gives me the ultimate edge to get ahead and produce more content than a person with a smart phone.